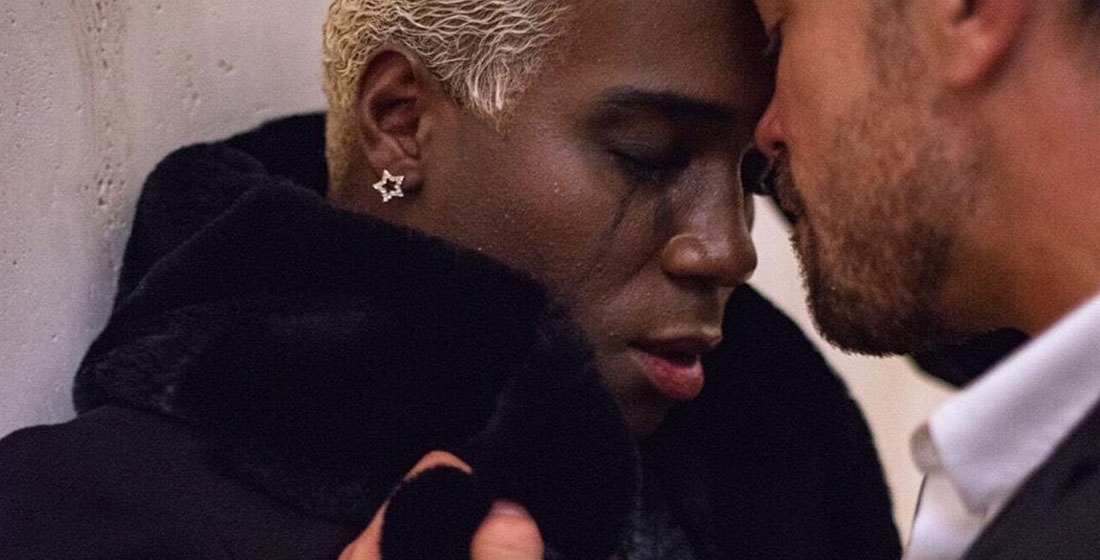 From “American Idol” to Hell. Queer Music Video Series Reveals The Dark Side of Hollywood

From “American Idol” to Hell.
Queer Music Video Series Reveals
The Dark Side of Hollywood

But living the romantic show biz dream soon becomes a living hell. Pretty boy Damion is exposed as the Ike to DIIMOND’s Tina Turner. Imprisoned, abused, and at the mercy of Damion’s drug-fueled rage and self-hatred, a shaken and terrified DIIMOND takes his revenge.

Based on a bleak period in the career of DIIMOND, an award-winning recording artist and former “American Idol” and “America’s Got Talent” contestant, “The Truth About Fairy Tales” is a story of control, manipulation, emotional abuse and shattered dreams.

“My character, Damion, is an upcoming music producer who depicts some of the most malevolent elements of the human psyche, including psychopathic tendencies towards violence, and conflicted sexual interests,” says Cooper.

“There’ve been many recent occasions to observe the predatory nature of the entertainment business as exposed in the media,” adds director Leo Ramsey, “but there are so many more victims, especially around the margins, that we rarely see.”

Directed by Leo Ramsey with cinematography Ramon J. Goni, “Bad Attitude” is an intense music video, and shooting it was equally so for all involved.

“It felt very raw, says DIIMOND. Both Emrhys and I had to take breaks between scenes because it was so emotionally exhausting. Em really pulled the actor out of me for this because he was so committed to telling the  truth. He even kept apologizing for being so “rough” with me. Secretly, I didn’t mind that as much. Is that bad?!?”

“I knew the role was dark, so I tried to explore that side of myself,” explains Cooper, who many may know from his 2018 short film soon to be TV series, “Trophy Boy.” “Though we had a script, much of the dialogue was spontaneous. I felt a very strange energy come over me. It was a little scary. I felt very unhinged, like a different person. Afterwards, I couldn’t remember half the things that I did during the shoot.”

Ramsey agrees. “The process of filming “Bad Attitude” felt very much like an exorcism. It was an emotional set. There was fear and release of past trauma on many ends. It was very “method.” Sometimes the work draws you further in than you could have expected, and we all just leaned into it together and went there.

“Bad Attitude” and the forthcoming “Lungs” are from the first episode and pilot of “The Truth About Fairy Tales” musical television miniseries encompassing eight episodes, each of which will include five new songs by DIIMOND.

“Though I’ve recorded numerous songs written by others, like Ceelo Green,” says DIIMOND, “this is the first time I’ve written, produced and released music that I truly believe in.” •

Click HERE for more “The Truth About Fairy Tales: Bad Attitude” stills, behind the scenes photos, and bios of DIIMOND, Emrhys Cooper and Leo Ramsey.