“an authentic queer drama” – Michael Lambert, OUT.com
“passionate portrayal of young, gay people struggling to find love and meaning in a confusing world.” – Memphis Flyer)
“vulnerable and brave.”– EdgeMediaNetwork
“we found ourselves binging over two days without a single regret.” – He Said Magazine
“‘Feral’ is a show worth watching by any standards. It’s visually beautiful, and it treats its themes with a kind of care and investment that’s often lacking in genre TV. It’s also an example of what indie filmmakers and showrunners are capable of making with the right kind of institutional support, and for that I think it deserves our careful—and sustained—attention.” – Popmatters 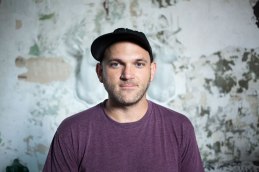 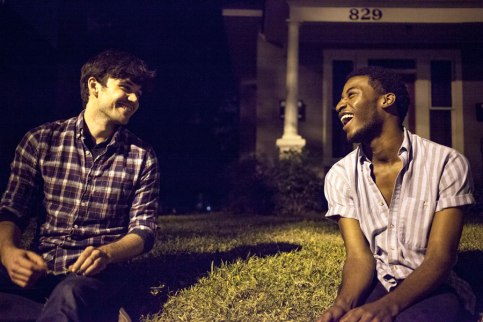 In “Feral,” Fox (who also serves as the series writer and director), weaves a tale of survival as a group of 20-somethings learn about love, loss and friendship while living in the vibrant, artistic queer community of Memphis.

The storyline revolves around the lives of Billy and Daniel, two best friends sharing a comfortably broken in bungalow in the diverse neighborhood of Midtown. It begins when the two are forced to kick out their third roommate, after discovering his heroin addiction.

Known for gritty southern stories about characters on the fringe, Fox describes his protagonists as, “…kids who are left on their own, whether it’s financially, whether it’s identity, or whether their lovers are deceased. Whatever that is, they’re left to their own devices to carve their own way. They’re feral beings.”

While shows like “Looking” and “Girls” may have provided the template, the Middle America Memphis setting and vibe is what sets “Feral,” refreshingly apart from its predecessors. Missing are the stock characters, the hipsters, the clichés that are predictably trotted out in gay dramas large and small. “You won’t see the gay stereotypes you see in shows set on the West or East Coast,” promises Fox.

“Now, my characters have their issues,” Fox explains, “but I didn’t want them to be based in cynicism. I wanted their motives and struggles to be pure and honest in a way that wasn’t just, ‘I’m a spoiled rich person without meaning in my life.'” That the characters are queer is not beside the point–it’s embraced–but it’s not the point, either.

“Feral” is not only the first TV series in which thousands Middle American LGBT 20-somethings can finally see themselves realistically reflected, but a welcome window through which everyone–gay or straight–can vicariously experience what life is like for the young gay millenials in the American Heartland.

“There are so many stories that are set in New York or L.A., but I feel that we have a story to tell that is uniquely southern,” say Fox. “Memphis is a big city, but because we are in a sense living off the grid, in the Bible Belt, and without the supportive institutions that exist in big coastal cities, we have created our own community, and I think that’s what’s so beautiful about coming up in Memphis.”

“‘Feral’ is about a group of gay kids in their 20s growing up in Memphis, Tennessee–and I am one of those things,” says actor Seth Daniel, who plays Daniel. “It was interesting to take what I experienced growing up in the Mid-South and adapt it to the character. It wasn’t so much that I was playing my character Daniel, as it was that Daniel and I were playing the character together.

What’s striking in “Feral”–and beautifully evident in all of Fox’s projects–is his ability to create endearing scenes of authentically touching–sometimes heartbreaking–intimacy: a quiet embrace in the woods, a twilight conversation on the couch, a softly spoken journal entry.

Fox has directed four feature films including, “Blue Citrus Hearts,” “OMG/HaHaHa” and “This Is What Love In Action Looks Like” – all informed by his painful coming out as a gay man in the conservative south – and has been called one of the originators of the “Memphis Style” of filmmaking known for strong, authentic performances, improvised scripts and tight editing. Filmmaker Magazine named him as one of the “25 New Faces of Independent Film”.

“Feral” boasts a soundtrack featuring numerous artists from the Memphis area. Headed up by country-punk band Lucero, it also includes songs by the post-punk quartet Nots and on-the-verge breakout musician Julien Baker, whose debut album “Sprained Ankle” was named “one of the best albums of 2015” by The New York Times. 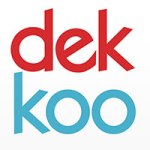 Desk job.
A little logo love and a note to say, sweetie, I'm OK with 2 Likes. I'd rather spend my energy securing media placements that can make for cute social media content for my clients, than spend it chasing Likes for moiself. 😘
Art around the corner by @aidamiro Lovely surprise. Well, sort of a surprise, I saw her painting it a few days ago, so was curious, and went to take a peek while there was a little sun shining on it. Would love to know if it was commissioned, and if so, by whom. Lots of great murals around the neighborhood right now. #eastvillageart #eastvillage #eastvillageartist
One the many fierce (let's bring that word back) quotes by Dorian Corey in "Paris Is Burning" is her definition of "shade." Give it a lateral swipe and you get “ghosting.” At least, in the professional world, I equate “ghosting” with “shade." Seems to be a trend. Anyone else notice this?
Gay Bar by Jeremy Atherton Lin was quite the buzz a few months back. Reading it now. Fascinating and Mr. Lin has got me with one paw in my dictionary, but that's a good thing. Love this quote, second image, on the word "fag," vs. "queer."
Boosted! NYC dropped the age to 18 for people to get COVID-19 booster shots, so, uh, like a shot I was out the door to a mobile vaccination van to get a third Pfizer shot.
Loading Comments...