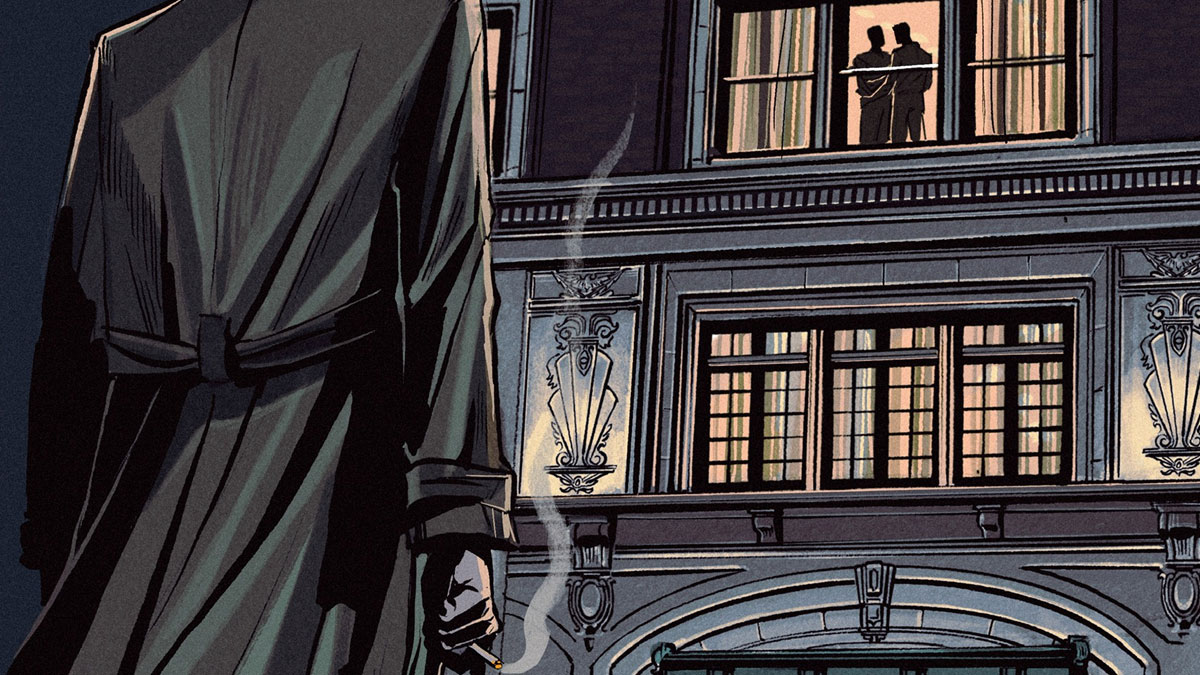 I Still Think About You

I Still Think About You
Created by Brian Hutchison
(most recently seen in “The Boys in the Band” on Broadway, Netflix)

Above: The trailer for “I Still Think About You.” Watch the preview trailer for Episode 1 on YouTube.

Adam McClure, successful New York actor, revisits a haunting incident from his past. When coincidence brings an old friend back into his life, Adam fears for his new relationship, his sanity, and his life. Unsettling and ominous, with twists and turns until the very end, “I Still Think About You” is part memoir, part psychological thriller, and part love letter to Broadway.

Above: A series of illustrations depicting scenes from “I Still Think About You” by artist Luis Cortorreal. Original square and landscape formatted versions of 4 of these images are available. DOWNLOAD FOLDER OF IMAGES

“I Still Think About You” is experimenting with the audio form in exciting ways. Brian Hutchison brings a thoughtful ear and rich voice to a complex story that makes deft use of the podcasting format.
– Jeffrey Nils Gardner, “Unwell, a Midwestern Gothic Mystery” (podcast)

“I Still Think About You” pulls you in gently, then tightens its grip. Quiet, moody and slowly intensifying, Brian’s story reminds us of moments—people—in our pasts that mark us, haunt us, even after we think we’ve moved on. A real page-turner of a podcast.
– Jeremy Sisto, actor “FBI” (CBS)

Any New Yorker (particularly ones who’ve logged a couple decades here) will recognize the particular melancholy of walking and creating among ghosts, alive and otherwise. Everyone will get sucked into the deeply personal and humane drama-spell that accomplished storyteller Brian Hutchison casts.
– Jennifer Mudge, Actress/Producer

A thrilling and wild ride. “I Still Think About You” walks a beautiful line between a lean in, suspenseful podcast and a deeply personal and heartbreaking memory. I loved it.
– Andrew Rannells, Actor, “Black Monday” (Showtime)

“It should not be surprising that such a skilled actor knows what works as a skilled writer. In a haunting and mellifluous manner, Hutchison—as guide, protagonist, and equal-in-confusion—mesmerizingly beckons one deep into his tale of strangeness. Skillfully, one careens from past to present in this based-on-reality tale that lays at ones feet how odd, dark, mystifying, damaged, and yet resilient, human behavior can be.”
– Matthew Burnett, playwright

“I Still Think About You” is a seven-episode serial podcast, a noir audio drama based on the harrowing real life experience of its creator, Brian Huchison.

Adam McClure, a successful New York actor, in conversation with his therapist, relives a haunting incident from his past in which his happy life is upended by an unnerving chance encounter with an old friend. In its aftermath, sick with doubt, Adam anxiously fears for his budding relationship with his new partner Tom, his sanity and even his life.

Seeking answers, Adam revisits ten years prior, recounting his arrival in gritty mid-1990s Manhattan–working as a waiter, a stint as a legal proofreader, clubbing with new friends–while pursuing a career on Broadway. Listeners meet characters from these early years in the City, including Caroline, a rich southern belle, aspiring fashion photographer and Manhattan party girl, and Dylan Lodge, a sexy, darkly enigmatic actor who becomes a mentor to Adam. Both mysteriously exit his life, only to step from the shadows years later, with unforeseen consequences.

Back in the mid-aughts ten years on, after returning to New York following grad school in California, Adam learns the violent details of Caroline’s sudden departure from Manhattan, he and Dylan have a deeply disquieting reunion far from the City, and Tony, a mysterious and unseen stranger, materializes in the background. What appears at first to be a series of odd coincidences, now seem to pivot around Dylan, with Adam left to unravel a sickening spiral of deception, obsession, and suspicion.

As Adam digs deeper into the mystery of the insidiously menacing Dylan Lodge, what he finds makes him question everything, including who to trust, who he loves and what is real, and in doing so, changes the course of his life forever.

Unsettling and ominous, with twists and turns until the very end, “I Still Think About You” is part memoir, part psychological thriller, and part love letter to Broadway.

The “I Still Think About You” is available now on Apple Podcasts, Spotify, Stitcher, Google Podcast. Episodes 1-3 will were released November 17, with episodes 4, 5, 6, and 7 to be released on the Wednesday of each week through December 15.

“To survival, I thought. Yours, mine. To regret, to longing, to what-ifs, to grace and wherewithal, to our scars and the things we carry. To our dreams, our burdens, the coincidence of seeing you again and your eyes shining, and it’s like no time passed, my god.” – Adam McClure, “I Still Think About You”

New York City-based actor Brian Hutchison has appeared in the Broadway and Netflix productions of “The Boys in the Band” (winner of the 2019 Tony Award for Best Revival of a Play and the GLAAD Media Award for Outstanding Film – Limited Release), and Broadway plays, “Man and Boy,” “Looped,” “Exit the King,” “Proof,” and “The Invention of Love.”

His many Off-Broadway credits include “How To Transcend a Happy Marriage,” “Smokefall,” and “Pocatello” and appearances the Lincoln Center Theater, the Manhattan Theatre Club, Playwrights Horizons, and Manhattan Class Company (MCC).

Brian recently created, produced, directed, and recorded the fictional mystery podcast “I Still Think About You”.

He is an award-winning audiobook narrator with over 200 audiobooks to his credit, Brian holds an MFA in Dramatic Arts from the Old Globe Theater/University of San Diego. Brian Hutchison lives in Manhattan and East Hampton. For a more detail bio (awards, co-stars, additional credits), please visit www.istillthinkaboutyou.com