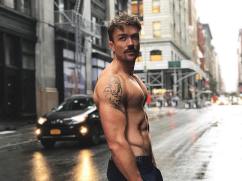 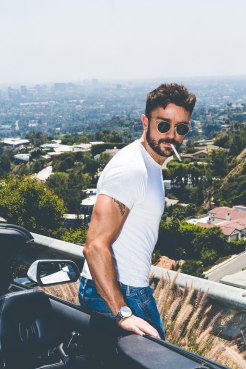 January 22, 2019 (New York) – “Trophy Boy,” the short film about the fall of an insufferable gay Instagram “influencer,” after being dumped by his sugar daddy, is being developed into a TV series.

The series, to be titled “Trophy Boys,” which promises to be just as juicy as the short film, will follow the lives of a group of interconnected social media stars as they struggle to maintain their carefully crafted #bestlife personas.

Emrhys Cooper can  be seen playing Montgomery Clift in the biopic, “Frank and Ava,” now in wide release, in the forthcoming “Nosferatu,” and is currently shooting a new indie horror film “Dreamcatcher” in Los Angeles.

“We were immediately drawn by the unique way Emrhys explores social media and the repercussions of using it to determine your own self-worth.  It touches a nerve in all of us while doing so with humor and heart.  We are thrilled to bring it to television,” said Hines, Senior Vice President of Original Content for Dynamic.

On working with Dynamic, Cooper said, “I’m truly delighted to partner with Dynamic Television to make the world of ‘Trophy Boys’ come to life. In the age of social media, it’s easy to get lost in the false world of online avatars we create for ourselves. With this series, we hope to pull back the curtain and show the day-to-day struggles of these “influencers.” Sometimes we all need a reminder that all that glitters isn’t gold.”•