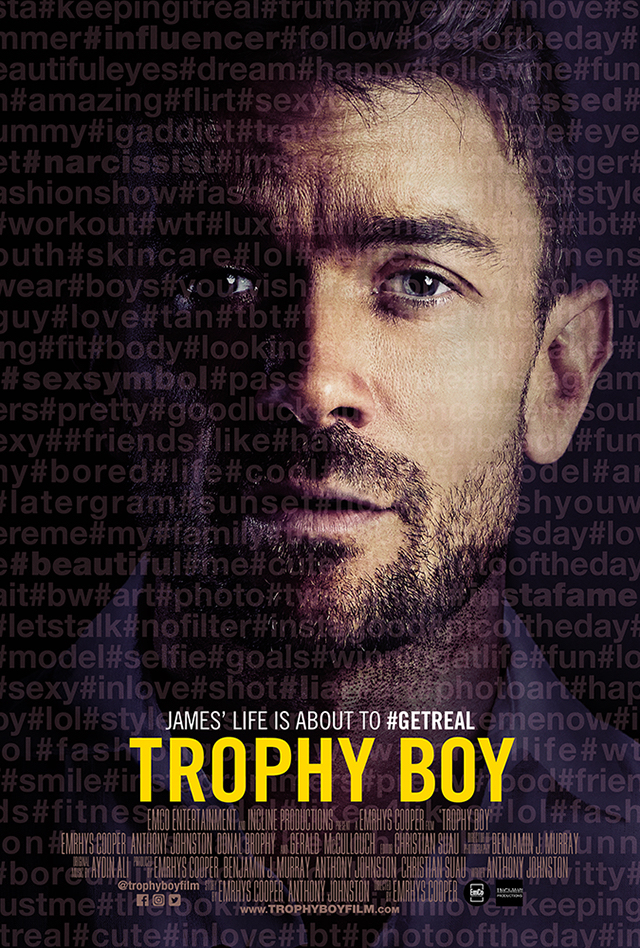 October 22, 2018 (New York, NY) – Released worldwide October 22 on Vimeo and Wednesday (October 24) on Dekkoo, is “Trophy Boy,” the award-winning short film about James, a sexy NYC #bestlife poser who must face the harsh reality of creating a life without a hashtag after he is dumped by his wealthy benefactor.

The film was directed by actor and director Emrhys Cooper, written by co-star Anthony Johnston (a writer on CBS series “Instinct”) and co-stars Gerald McCullouch, who many know from the “Bear City” movies.

A “Trophy Boy” TV series is in development by a well-known company. Details to follow. 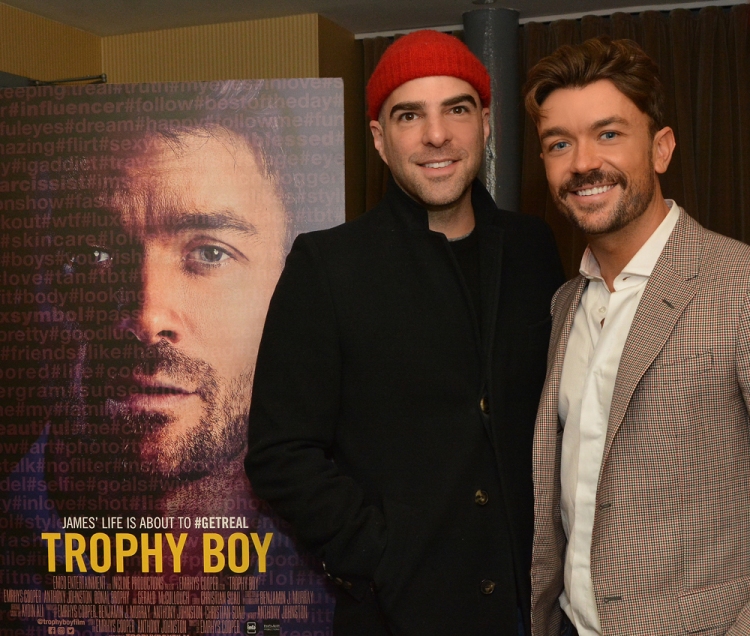 As one post-Cannes Film Festival reviewerput it, “‘Trophy Boy’ is the film equivalent of accidentally opening the front-facing camera on your phone while lying down, revealing your double chin. It shows us the real lives of these immaculately groomed people and the extreme lengths they go to for social media attention.”

But much as we enjoy the lip-smacking taste of schadenfreude at James’ expense, who hasn’t wasted hours staging and post-producing a lucky selfie or curating a dubious, glasses-raised “aspirational” post? Aren’t we all guilty of a little unhealthy #bestlife fakery?

“My goal for ‘Trophy Boy’ is to say look up from your phone, breathe, observe, and think about what really matters; honesty, integrity and deep sense of responsibility. Enjoying the people you love and doing meaningful work. When we do this, we put ourselves on a path toward achieving the dream of living a truly satisfying life. Our #authenticlife, as it were. Zero “Likes” given. Or needed.” (Emrhys Cooper photo by Mikhail Kharlamov. Scroll for larger images.)

>Scroll for film stills, behind the scenes photos.

The short has screened at numerous prestigious film festivals, including the Cannes Film Festival and Chelsea Film Festival.

In addition to “Trophy Boy,” Emrhys Cooper can be seen next starring in “The Price For Silence,” “Frank & Ava” (Oct 26) a biopic in which he plays Montgomery Clift, and “Nosferatu” (early 2019) alongside Doug Jones from “The Shape of Water.”  •

“Trophy Boy” is your classic “riches-to-rags” story. It depicts the downward spiral of James – a spoiled, influencer and narcissist, who, based on his social media accounts, appears to have it all. But, just before his 30th birthday, his much older boyfriend, on whom he was financially dependent, breaks up with him. James now must face reality with no work experience and no idea where to start. With his sex-addicted best buddy by his side, James takes a crash course in living and sets out to prove that he doesn’t need anyone to take care of him. He ultimately ends up alienating himself further from reality and comes face-to-face with the bitter fact that if he doesn’t learn to live as an adult in the real world, he’ll never be more than a washed-up, unwanted accessory.

“Trophy Boy is an excellent film that addresses a subject that the whole world is currently involved in; Social Media. A definite ★★★★★” – JustCelebrityMag.com, May 11, 2018

““Trophy Boy is one of the best films I’ve seen this year, if not the best. About the excesses and downfalls of living a social media life.” – Author tweet regarding his review, Movies Over the Rainbow, April 30, 2018

“But, it’s Cooper who steals the limelight. With impeccable dialogue delivery, amazing body language and performance, he consumes the screen every time he faces the camera…The climax is a pure masterpiece in terms of both, acting and story.” – Indie Shorts Mag, September 14, 2018

“Cooper & Johnston, who shoulder the responsibility as the director and co-writers, have woven such a compelling tale for the millennials that it’s hard not to be affected! The dialogues and characters are relatable, the storytelling is as effortless as the performances and the background score is complimentary. Without giving away much, the climax is a pure masterpiece in terms of both, acting and story.  The dark, haunting depth attained in performance and narration makes ‘Trophy Boy’ worth a watch!” – Indie Shorts Magazine, September 14, 2018

“Trophy Boy is the film equivalent of accidentally opening the front-facing camera on your phone while lying down, revealing your double chin. It shows us the real lives of these immaculately groomed people and the extreme lengths they go to for social media attention.” – Review Avenue(UK), June 4, 2018 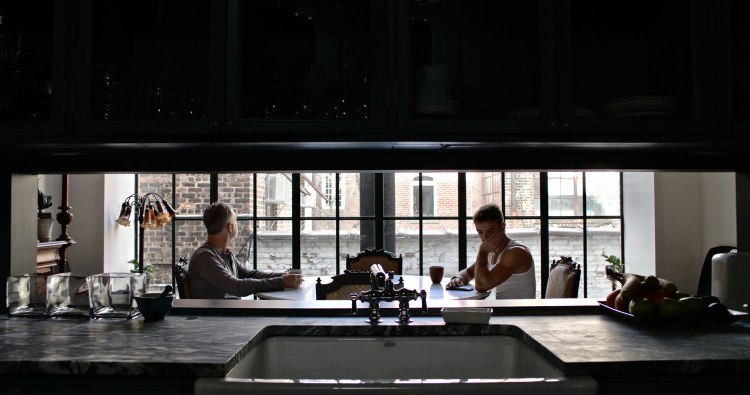 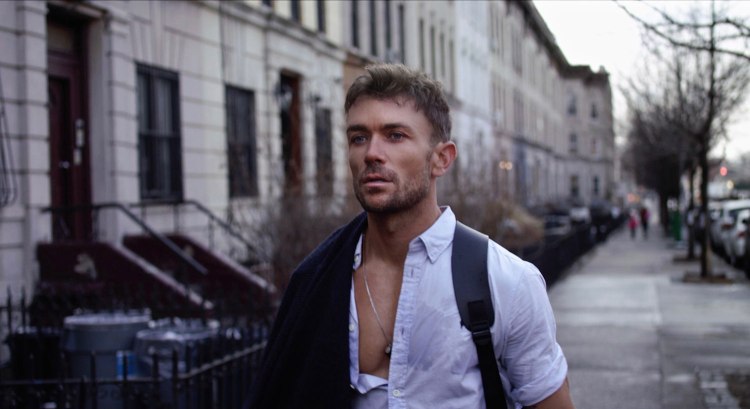 “Trophy Boy” behind the scenes
All photos by Andrew Werner.

Life is in a bit of limbo now, but it does go on. Take a gander at these gorgeous slip-ons by former Gucci, Jimmy Choo, and current Ermenengildo Zegna footwear designer, Louis D’Arienzo. The Payada marks his third collection of sleek, eco-friendly, gender-neutral shoes for his eponymous label, and will debut Spring/Summer 2020. Tap the bio link for more, including the (at this time, undated) press release, “Even Carrie Bradshaw Never Cared This Much About Shoes: How former Gucci and Jimmy Choo shoe designer Louis D’Arienzo is reducing your carbon footprint, one pair at a time” #louisdarienzo #environmentallyfriendly #environmentallyconscious #sustainablefashion #shoes #genderneutral
I am a publicist specializing in LGBTQ projects. If you’re like me, you’re sick of your newsfeed, but very curious about how your peers are coping with the COVID-19 virus. Staying home? How’s work? Frightened? What brings comfort? I took an informal poll of media people, clients, and friends, asking them to answer on personal, honest, level. Tap the bio link to read their answers. And if you’d like to answer, please email me, and I’ll add your quote to the page. Be sure to include your name, occupation, and IG handle. #covıd19 #copingwithcovid19 #coronavairus #stfh #stayhome
Channeling Billie Holiday, Prince and Sylvester, glittering genderfluid pop/R&B singer DIIMOND sings of regret and frustration after being beaten, yet again, by his psychotically possessive manager, Damion, in “Bad Attitude,” his first music video from the forthcoming queer, Neo-noir musical miniseries, “The Truth About Fairy Tales.” Tap the bio link to watch the video and read the press release, “From ‘American Idol’ to Hell. Queer Music Video Series Reveals The Dark Side of Hollywood.” Just to lighten things up a bit, the second image is a BTS shot of DIIMOND with actor and producer, Emrhys Cooper.
Staying home. Eyes wander. (No, this is not a feeble attempt at haiku.) Here, Jeff Stryker playing cards (his country music single was my first pr gig when I began under the name Penetration, Inc. (changed to Popular Publicity in 2010). Print of a gorgeous painting by Lucio Carvalho picked up at a recent exhibition during The Armory Show. Postcard of “Gorgeous” by Mel Odom. Picked up at Daniel Cooney Fine Art after a fascinating interview of Odom by Edmund White.
A friend and former client (as a member of The Ones), Nashom Wooden, East Village fixture, former drag queen (Mona Foot) and Rick Owens fanatic, just died of the virus. So, while I’m frightened, I’m doing my best to fake as normal a life as possible. Always worked from home, so got that routine down. Coffee, shower, shave, fully dressed and at my desk working every day. Paranoid to go out, but am for groceries. Dismayed by people, not taking the distancing thing seriously. In a day/evening group chat with about 10 friends, which really helps. Missing the gym. Got a home bodyweight workout plotted out, but have yet to implement. Running a GoFundMe campaign for a neighborhood restaurant. Lots of reading. Catching up on my New Yorkers. Books. Just finished “Kaiser Karl” by Raphaélle Bracqué and “Nothing to See Here,” by Kevin Wilson, which, as I mentioned on the previous post, is a LOL scream. Keeping news intake to PBS NewsHour, tempered by a whiskey. Thankful for a quiet city, but missing the bustle of life, that famous NYC “energy.”
Stay home. Read! Recent and recommended books. Sci-fi to history. Missing is Ted Chiang’s brilliant “Exhalations,” on loan to a friend. “Nothing to See Here,” by Kevin Wilson is about bratty kids who spontaneously combust when upset and is a scream, if you need a good LOL read.
%d bloggers like this: